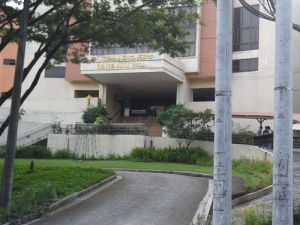 UP Diliman Department of Computer Science

The BSCS program is designed to equip the student with knowledge of the fundamental concepts and a reasonable mastery of the basic tools and techniques in computer science. The undergraduate program incorporates the core material, which is universally accepted as common to Computer Science undergraduate programs (computer programming, computer organization, computer systems, data structures and algorithms, file processing, and programming languages). Underpinning the software orientation of the program are the subjects on database systems, software engineering, artificial intelligence, computer networks and special problems (primarily, software projects).

The Master of Science in Computer Science program is administered also by the CS Department. The program aims to provide the student with both breadth and depth of knowledge in the concepts and techniques related to the design, programming, and application of computing systems.

The UP CS Network (UP Alliance of Computer Science Organizations)

The first full active school year of existence of the CS Network (AY 2005-06) culminated in the Department of Computer Science being adjudged the College's Best Department for the year by the Engineering Student Council (see related external link).