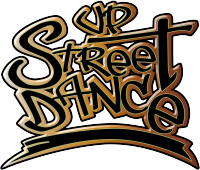 "So, whatever you eat or drink, or whatever you do, do everything for the glory of God" --1 Corinthians 10:31

The UP Streetdance Club is a non-profit organization duly recognized by the University of the Philippines, Diliman. It is the official hip hop dance group of the University. Formed in 1997 by a group of students looking for a venue for creative expression, the UP Streetdance Club is now one of the most prominent dance organizations in the country.

The UP Streetdance Club serves to represent, inspire and reinforce God-centered living by:

Past Events, Tours and Productions

Dancers Aiming to be Nurtured through Comprehensive Education. With the help of our generous sponsors, the program continues to support the financial needs of underprivileged student-dancers who are presently enrolled in the university.