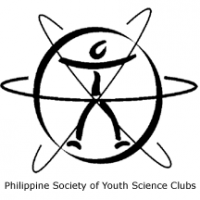 The Philippine Society of Youth Science Clubs is a non-stock, non-profit, non-government, and non-sectarian organization. It is the only national federation of youth science clubs in the Philippines and is the first and largest science club umbrella organization in Asia. Its thrust is to promote the Public Understanding of Science, Technology and Environment (PUSTE). With more than 100,000 active members nationwide, the society on its 40th year of existence is continuously conducting activities geared towards the promotion of scientific interests and consciousness among our youth.

On March 5, 1971, a group of science fair winners decided to form the National Science Club of the Philippines. It was originally a friendship group under the auspices of the Science Foundation of the Philippines (SFP) composed of the different science fair winners across the regions. However, seeing the need of establishing an organization with a wider scope and coverage, the organization was renamed later as Philippine Society of Youth Science Clubs, Inc. and thus, with its new name PSYSC was registered with the Securities and Exchange Commission in 1974. A Constitution and By-Laws was ratified and a broader objective, the promotion of science consciousness among the youth through the coordination of science club activities, was adapted.

The science club movement flourished under the SFP. Together with the Science Club Advisers Association of the Philippines (SCAAP) and the Philippine Association of Science and Math Supervisors (PASMS), the PSYSC conducted science fairs, symposia, quizzes, and other activities geared towards the promotion of public understanding of science, technology and the environment (PUSTE).

In 1979, these efforts were given due recognition when President Ferdinand Marcos signed Presidential Decree No. 1895 declaring September of every year as National Science Club Month (NSCM).

With the reorganization of bureaucracy in 1988, the SFP (renamed Science Promotions Institute) was abolished. With this, the PSYSC, SCAAP and PASMS were left on their own. Youth science promotions programs met their untimely death and along with them, the SFP-attached organizations themselves.The PSYSC stood firm, however. Its officers rallied behind the organization’s cause and continued to pursue the thrusts of the PSYSC. In 1990, it conducted the National Youth Science and Technology Summer Camp on its own for the first time. In 1996, the 1st National Children’s Science Interactive Workshop (CSIW) was conducted, an activity designed to promote ST&E among its elementary affiliates. To meet the demands of changing times, the organization amended its constitution during the 1998 National Centennial Youth Science Leaders’ Congress in Baguio City. The PSYSC has grown tremendously. Its programs and projects are now more comprehensive in scope. Its affiliation has increased substantially, reaching a high of more than 300,000 in the fiscal year 1999-200, and attendance in its activities continues to grow. Truly, the PSYSC has come a long, long way, and would continue to reach greater heights.

We envision a Philippine Society where Science, Technology, and Environment (ST&E) is a culture, a mindset, an orientation, an outlook, and a way of life, where:

There is a concerted action by all individuals and sectors for making this vision a reality.

The National Youth Science Technology and Environment Science Camp or NYSTESC is a 4-day event featuring lectures, interactive workshops, team-building activities, contests, socialization events, educational trip and a pledge to the science clubbing movement. These activities are not meant for students alone; it also offers a version for mentors. The participants of NYSTESC are high school students (usually 2nd to 3rd year level) from public and private schools. The topics for each year vary. Since its inception, NYSTESC has covered conventional topics such as chemistry, biology, earth science, and physics to more applied and complex fields of science such as biodiversity, environmental science and even disaster risk management. NYSTESC is held during the early parts of April, in line with the availability of our volunteers who organize and facilitate the events.

Mandated by Presidential Proclamation 264, the National Science Club Month is celebrated every September. It is a month long celebration, wherein PSYSC offers a whole month packed with science related activities such as:

The PSYSC Science Olympiad or PSO is a nationwide science quiz show designed to evaluate how competitive students are across the Philippines. A nationwide elimination is done during the first Saturday of September, where only the top 20 schools are chosen to enter the national finals. The National Finals is held in NCR during the 3rd Saturday of September and is composed of practical and theoretical tests.

Thinking that not everyone is capable of attending the NYSTESC, PSYSC brought in the SUMMIT. It is a 2 days – 1 night activity for high school students. SUMMIT features a lecture, workshops, team-building activities, presentation of science clubs, Regional Council Elections and the rendering of plans for the region. SUMMIT is held in different sites across the Philippines during the first weekend of September.

MATHSCIAKA stands for Mathematics, Science at Kapaligiran. It is a Luzon-wide event, wherein one whole day is allotted for workshops and experiments. The competition is open for both high school and elementary students from public and private schools. Aside from interactive workshops, there is also a competition entitled Engineering Science Challenge, where schools are given engineering projects which they make at home or in school and bring it during the MATHSCIAKA proper to test which among other entries perform the best.

I Teach Science Seminar or ITSS is an enrichment seminar for teachers featuring ways on how they can make science teaching fun and interactive. The activity is free of charge for affiliated science clubs and is PSYSC’s way of thanking the teachers for the service they bring to the youth and as well as to the organization.

The Children’s Science interactive Workshop or CSIW is a science camp meant for elementary students (usually from grades 3 to 6). Like NYSTESC, it is packed with lots of fun and learning science related activities that would ignite the interest of elementary students. CSIW is usually conducted during the 3rd or 4th week of October, in line with the semester break.

Learn more about earth’s wonders and develop your love for environment through the fun lectures and exciting workshops that we have prepared.