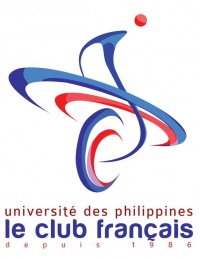 Founded in 1986 by ten French major students interested in promoting the French language and culture alongside those of the Philippines, the organization is growing continuously, especially with the admission of non-French majors in the Club. UP LCF caters to students of various courses who completed at least three units of French. It is an academic, socio-cultural student organization based in the Department of European Languages, in the College of Arts and Letters. It supplements classroom education by offering tutorial services ranging from elementary courses of French 10 and French 11 to the higher French courses, availed by both majors and non-majors alike.

Over the course of its history, LCF has undertaken numerous projects like symposia, film showings, poetry reading sessions and annual exhibits and the annual event "La Semaine Française" — for the continued development of its members and beneficiaries. It also actively participates in the annual inter-school gathering of French language students called Francophonie Day.

This page has been accessed 3,432 times.