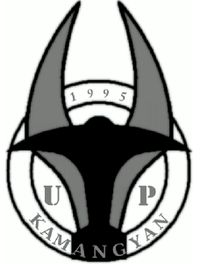 The University of the Philippines Kamangyan, Incorporated is an organization of Mindoreño youth studying in UP Diliman duly recognized by the university, accredited by the Provincial Government of Oriental Mindoro and approved by Securities and Exchange Commission. UP Kamangyan is also a member of the UP Sanlahi Alliance. Apart from its thrust of upholding social awareness, academic excellence, civic mindedness and camaraderie among its members, the organization also serves as an avenue for promoting the rich culture, tradition and heritage of the Mindoro provinces. Activities such as the Mangyan Month, Alternative Classroom Learning Experience, and Surat Mangyan and Ambahan Tutorials embody these ideals and aspirations of the organization.

The Tagisan ng Talino at Galing (TNT), the organization's inter-highschool quiz bee for Mindoreno students, was first held on 2001 in Calapan City. Another highlight event of the organization is its free College Entrance Exam Review and Career Orientation Program (CEERCOP) which started on 2005.

Tagisan ng Talino at Galing
The most highlighted event of the organization, for twelve years now, is the Tagisan ng Talino at Galing (TNT). TNT is a platform where the Mindoreno high school students can hone their skills through friendly competitions such as TNT Quiz Bee, Impromptu Speaking Contest in English and Filipino, Poster Making Contest, and Essay Writing Contest in English and Filipino. Winners of the said competitions get to represent Mindoro for the annual Patalasanlahi sponsored by the UP Sanlahi Alliance. 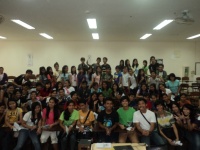 College Entrance Exam Review and Career Orientation Program (CEERCOP)
The College Entrance Review and Career Orientation Program was one of the headstart activities of the organization as the organization goes hand-in-hand with UPK alumni in giving UPCAT reviews, thus, providing an edge to fourth year high school Mindoreno students in their college entrance examinations. On its 8th year, CEERCOP was held in three different areas namely Calapan City and Pinamalayan in Oriental Mindoro, and San Jose in Occidental Mindoro.
CEERCOP includes review of the subjects included in UPCAT and other college admission tests. Aside from introducing exam questions, there are also talks regarding possible courses to take in college in the Career Orientation Program. UPK alumni who were successful in their fields are chosen as speakers.

For questions, please email us at upkamangyan@gmail.com or you can also visit us at E4 Tambayan Complex, Vinzons Hill, UP Diliman, Quezon City.