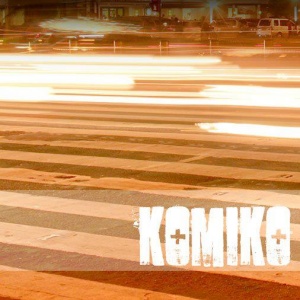 “Komiko” is NOW READY to conquer the obstacles that will hinder their success to the stage by using their music to entertain as much people as they could.


Fresh and new in the Philippine Music Industry – Four young talented musicians mixed their passions in music together to form a typical but unique sound that is spanking new to the listener’s ears and very hooking lyrics and melodies, “Komiko”,is making their way to the limelight.


Starting to one gig and to another, for more than one year, Komiko had played in the famous Casa Nami Surf Pub in Makati for two months back to back with NATF (Nino Alejandro and The Force), in Ponticiello in Makati together with Miguel Escueta and Overtone occasionally.


Covering songs like ‘Blurry’ by Puddle of Mud, ‘Jumper’ by Third Eye Blind, ‘Kings and Queens’ by 30 Seconds to Mars and other Rock Alternative songs, spectators are most likely to be jumping off to their seats and banging their heads to these great music!

Miko started to play guitar since 2002-present. Started singing since 2008-present. A vocal student of Nino Alejandro, Apprentice, Synth player of Miguel Escueta. And Ana learned to play the bass back in 2003. Composes music and lyrics and can play several other instruments and does vocals. Played rhythm guitars and later on switched to playing bass in 2003-present. (Bands: Switch, Previous, Traumaligno, Para, Covivant and currently sessions with Jackie Chavez and a full time bassist for Komiko)

This page has been accessed 2,034 times.