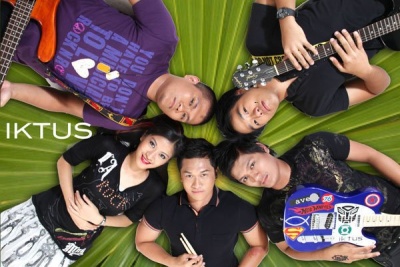 The name “Iktus” came from the Greek word “Ichthus” which literally means fish. They changed the spelling to “Iktus” to add a Filipino flavor to it.


Iktus envisions to someday make it successful in the music scene. While waiting for their time to come, they enjoy their time together through different opportunities. Their experience ranges from playing on very simple gigs to gigs live on television with different celebrity bands. Their songs (Alaala, This time, True Love Waits, Destiny, Somehow) have also been played several times on NU107.


Iktus is a five piece Christian band that has been rockin’ and kickin’ since 2005. Their music is poprock / alternative. Their songs and their music are made with thoughts of touching the hearts of those who will listen. Their songs are usually about love, being positive, and about life’s essence. Every time they play, they want it to go straight to the heart of the audience, at the same time enjoying the music. When they step into the stage, they see to it that they give all their energy, and enjoying every single moment.

This page has been accessed 3,198 times.