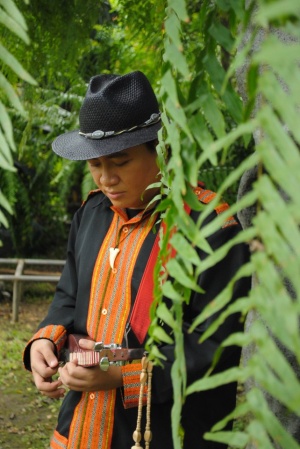 Diwa was born to be a musician. Coming from a highly musical family, Diwa got hands on musical training as early as 5 years old. His studies at the University of the Philippines College of Music and Philippine High School for the Arts, which he was valedictorian, further strengthened his musical knowledge.

Today, with a Cinema One Best Musical Score award and several nominations in his bag, Diwa is highly involved with independent films, tv shows, commercials and theater.

He is also a skilled hegalong player, a two string native Filipino guitar, which he uses for his personal music projects.

He has released 3 albums with his band, Makiling, and his 1st solo album “Memories on Two Strings” has been recently released. Its available at Conspiracy Garden Cafe, 59 Visayas Ave, QC and at cdbaby.com.

This page has been accessed 4,987 times.