Powered by an open-source application called Moodle, UvLe is maintained and operated by the Diliman Interactive Learning Center (DILC). The name "UVLe" is a homophonic play of "Oblê" that's a contraction of "Oblation"--a university symbol. UVLê is a platform for students to freely interact or collaborate with their instructors and fellow students. It is constructed with a pedagogy that imbibes self-discovery, self-instruction, "learning by doing" and experimentation. Learn more about Moodle's pedagogy.

UVLe is now version 2.6, based on Moodle 2.6. This means in part that whatever improvements in Moodle can be incorporated into UVLe. A number of features and certain plugins (see below) are unique to UVLe. 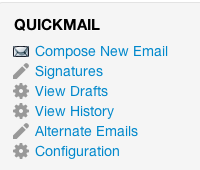 To create and save simple "mind maps" on UVLe/OVLe itself, use Mindmap (see below). 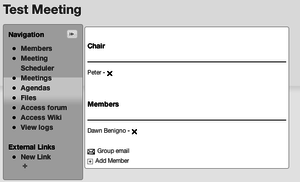 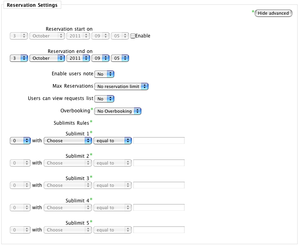 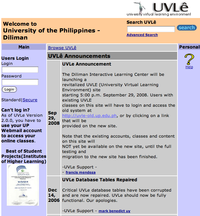 While UVLe is now on Moodle code base, it has a long history of technical innovation. (See Old UVle's changelog.) The pre-Moodle UVLe is heretofore referred to as "old UVLe" and is no longer supported by the UPCC. The current UVLe was launched on October 6, 2008, on the occasion of DILC's 5th anniversary. DILC now operates and supports the new UVLe.

UVLe 2.0 was released on April 11, 2011. Versioning with the revitalized UVLe, however, is different from that of the old one with a different code base. Now it closely follows Moodle versioning. UVLe 2.5 was released in June 2013. 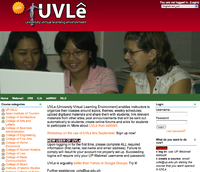 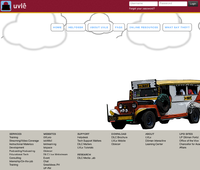