The UP Physics Association is the official academic organization in the University of the Philippines Diliman primarily dedicated to the promotion and advancement of Physics in and out of the University. It is based at the National Institute of Physics, one of the institutes in the College of Science.

The UP Physics Association (UPPA), founded in 1980, is the official academic organization in the University of the Philippines Diliman primarily dedicated to the promotion and advancement of Physics in and out of the University. Recognizing itself as an agent of the University in the pursuit of higher standards of academic performance and service to the Filipino science community, the UPPA has been a venue for Physics enthusiasts to come together for the fulfilment of sacred thrust of leadership, rendition of service to the people and integration of Physics students into the university culture.

For more than 30 years, the UPPA has been actively holding various activities mainly intended for the manifestation of its goals. Since 2004, when the first PISIKAalaman, an annual Physics Quiz Bee for high school students in the National Capital Region, was held, the UPPA has been earnestly striving for the development and expansion of the event, for the association believes that through this, it is able to provide a channel for the students to excel and appreciate the beauty of Physics outside their classroom. With utmost pride, the UPPA imparts the success of Philippine Young Physicists’ Tournament, a nationally accredited version of the International Young Physicists’ Tournament also known as the Physics World Cup. These are just few of the many undertakings the organization holds in the firm belief that an understanding of the nature of the physical universe shall benefit all humanity.

This is the UP Physics Association, bringing fun to Physics life!

The UPPA is guided by the following objectives:

The UPPA is exclusively open for membership for undergraduate students of the University of the Philippines Diliman. The applicants undergo a semester-long application process, in order to learn about the workings of the Association and to get acquainted with all the resident members.

As an academic and scientific organization, the application process includes a seminar, wherein the applicants would present research papers, and a comprehensive examination and interview, aside from other activities.

All the activities of the Association are aligned with its objectives. Several internal activities are done throughout the academic year based on the interests of the members, such as the Committee Cup, Sem Starter and Sem Ender Parties, Tribute for Graduating Members, Christmas Party, and Research Meetings. There are also regular internal events such as the monthly General Assembly meeting and the Annual Meeting which takes place at the end of the second semester.

There are two main activities held by the Association, PISIKAalaman and Physics Month. PISIKAalaman is an annual physics competition for high school students, which has already reached its tenth year [1]. It has been endorsed by the Department of Education since 2006. 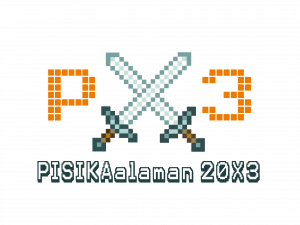 The official logo for PISIKAalaman 20X3. 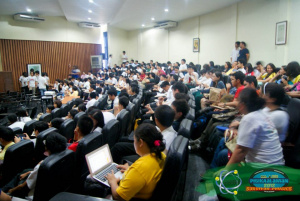 Physics Month is an annual celebration of physics in the National Institute of Physics, which is usually held in the month of February. It includes several events, which may vary from year to year, such as:

Other events aside from PISIKAalaman and Physics Month include the Philippine Young Physicists' Tournament [3], the SCIENCYE, the Decasecond Film Festival, and the Integration Bee [4].

The UPPA also holds free tutorials for various Physics courses. Partnerships with other organizations and companies are also cultivated all year round. Several infographics about physics and Philippine society, such as national elections, calamities, and other current events, are regularly posted at the organization's online portals. Aside from bringing scientific information to the public, the UPPA also holds events for the community such as outreach events and educational projects.