Difference between revisions of "UP Mathematics Club" 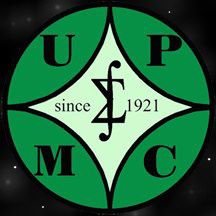 The University of the Philippines Mathematics Club (UPMC) is a non-stock, non-profit university-wide organization that is dedicated to promoting and sustaining the interest in mathematics of college and university students through competitive but friendly activities. It is under the College of Science and duly recognized by the university.

The UP Mathematics Club was but a dream in a time when even our country's independence was just a vision. Yet, in February 14, 1921, spearheaded by students whose ideals were to promote mathematics as well as to serve the student body, that dream became a reality in a 13 year old university. This organization, committed to promoting an underdeveloped subject, still holds the same ideals as its founders had almost 92 years ago. Crisostomo Alma Jose, recognized as one of the fathers of the organization, was among those who made everything possible. Up to this day, the UP Mathematics Club has flourished in its field as it adheres to the vision of its forefathers with dedication.

In line with its mission and vision, the organization boasts its two major activities: The Annual Freshmen Math Quiz, and The Annual Search for the Math Wizard. Free tutorials, also known as the organization's bloodline, are offered to those who seek help. Furthermore, symposia, study groups, exhibits and other activities keep the ideals alive and the members busy.

Through the years, the club has tried to do its share to contribute to upgrading the level of Mathematics in the country. In the years to follow, the UP Math Club aspires to do even more.

This page has been accessed 7,263 times.