Difference between revisions of "UP Lingua Franca" 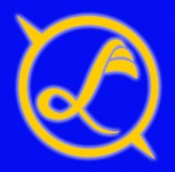 The U.P. Lingua Franca is a duly recognized socio-academic organization of the Department of English and Comparative Literature of the U.P. College of Arts and Letters. It is composed of students whose passion lies in the appreciation of the beauty and power of the English language as it is used in literary and non-literary compositions, especially by Filipinos. Since it was founded in June 1996, it has never stopped fostering the growth and development of the study of the English language and of the literature written in English in the campus. Its present members take on the task of continuing this legacy, promoting it to other students of the University of the Philippines through lecture series, published journals, poetry reading and other enriching and worthwhile activities.

The UP Lingua Franca is comprised of students officially enrolled in the degree programs offered by the Department of English and Comparative Literature:
BA English Studies: Language
BA English Studies: Anglo-American Literature
BA Creative Writing
BA Comparative Literature
However, during the school year 2002-2003, the members saw the need to accommodate non-DECL majors who are interested in the study of the English language and literature. Since then, the UP Lingua Franca has been open to any UP Diliman student who has taken at least 6 academic units from the DECL.

After the Language Society went inactive, a group of 25 enthusiasts from the BA English Studies Program realized the need to form a new organization and spearhead activities that would encourage interest and enhance skills in language and literature among students of the Department of English and Comparative Literature. So on June 22, 1996, the UP Lingua Franca was established.

The Constitution was drafted on the Wednesday after the day the UP Lingua Franca was established. It was implemented from A.Y. 1996-1997 to the first semester of A.Y. 1997-1998. During that time, membership to UP Lingua Franca was open only to language majors. However, the constitution continued to undergo revision to open the membership to all DECL majors until finally, it was formally ratified on January 12, 1998 by the 52 members and two advisers—Professors Philip Belarmino and Topsie Ruani Tupas—of the organization.

Since then, the UP Lingua Franca has never stopped fostering the growth and development of English language and literature studies in the campus through its lecture series, ACLE sessions, published journals, poetry reading and other enriching and worthwhile activities.

Vision
An organization, bound by a commonality as scholars of language and literature through which the members realize their identity and thereafter their essence, aspiring to achieve academic excellence and the enrichment of the mind, body and soul.

Mission
The UP Lingua Franca, the Organization of Language and Literature Scholars, pledges to promote the study of the English Language and of the various forms of literature written in English, especially by Filipinos, and to produce scholars who are not only academically proficient but also socially and environmentally conscious, rooted in friendship, goodwill and dedication.

Our Objectives:
To promote the degree programs offered by the Department of English and Comparative Literature


To serve as a support group, academic and/or otherwise, for the members of the organization


To promote friendship, goodwill and dedication among its members

The current officers include: