Difference between revisions of "UP Economics Towards Consciousness" 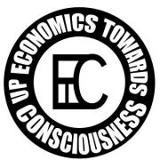 The UP Economics Towards Consciousness is the only academic-political organization based in the UP School of Economics. Composed of Economics, Business Economics, and other degree majors, ETC has consistently created venues concretely linking classroom discussions to social realities.

The late 70s was a time for social and political turmoil, and as the Marcos dictatorship could neither hide behind the facades of peace and progress, it sought to protect itself through outright repression, to quell dissent among people. It was in this context that twelve economics students led by founding Chairperson Orville Solon, now part of the UPSE Faculty, formally established then the UP Economics Towards Consciousness on February 10, 1979. Through its history, ETC has consistently endeavored to bring to life the objectives of unity, consciousness, and action for which it was founded.

This page has been accessed 8,396 times.