UP Astronomical Society: Difference between revisions

The University of the Philippines Astronomical Society, also known as UP AstroSoc, is a duly-recognized scientific, educational, non-profit, non-political, non-partisan organization in the University of the Philippines Diliman dedicated primarily to the study and promotion of Astronomy and oriented towards the concerns and aspirations of individuals interested in the field.

UP Astronomical Society was founded on July 30, 1991 by a handful of UP Diliman students with the ideals of igniting the interest of Astronomy among the UP student body and the general public. The constitution laid out four core objectives of the organization:

(1) To bring together individuals interested in astronomy,
(2) to broaden the awareness interest, knowledge and understanding among students and the general public,
(3) to contribute to the general body of knowledge of astronomy, and
(4) to promote the common interest and individual development of its members.

Today, after years of gazing up to the heavens, UP AstroSoc continues its foremost vision of bringing the wonders of the celestial world within people’s reach. It currently resides inside the PAGASA Astronomical Observatory complex in UP Diliman.

UP AstroSoc is comprised of members from different colleges and institutions with diverse backgrounds both in and out of the university. Aside from the usual social activities of a collegiate organization, UP AstroSoc partakes in several Astronomy-inclined activities throughout the academic year. Among these are Astronomy classes, public observation assemblies, and Astronomy lectures and forums. The organization also conducts Astronomy learning sessions and camps to requesting parties outside the UP community including schools and other consortiums, furthering its cause of spreading Astronomy to the general public. 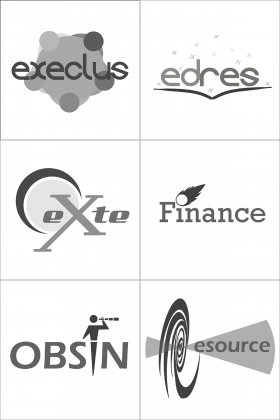 The Clusters of UP AstroSoc

Here are the appointed members of the Executive Cluster for the Academic Year 2022-2023.

Although UP AstroSoc is composed of members of different backgrounds all over the country, the application for membership is exclusively open for currently-enrolled students of University of the Philippines Diliman.


The applicants undergo a semester-long application process in order to learn about the dynamics of the organization and to get acquainted with its members. This involves the conduct of multiple Astronomical lectures and laboratory immersions, assessments, interviews, as well as numerous social activities and events for the applicants.

The UP Astronomical Society is officially recognized by the Office of Student Projects and Activities under the Office of the Vice Chancellor for Student Affairs of the University of the Philippines Diliman[1], as a university-wide, special interest organization. It is also listed by the International Astronomical Union (IAU) Directory for World Astronomy as a bonafide astronomical organization.

UP AstroSoc is a founding member of the Philippine Union of Student Organizations (PUSO) for Astronomy, a collaborative network of student organizations for astronomy in the country. [2]