The UP Film Institute is a product of the integration of two film institutions in the university – the Film Department of the College of Mass Communication (CMC) and the UP Film Center. The two institutions both had a rich history and a large body of programs which are very well appreciated in the film industry’s growth.

In 2003, UP CMC absorbed the U.P. Film Center in a merger between the center and the college’s film department into one entity called the U.P. Film Institute (UPFI), as it is presently known. The merger strengthened both units’ complementing visions in film education, production, and extension activities. Together, and interdependently, the two arms of the Institute – the Academic and Research (formerly Film Department), and the Theatre and Extension Services (formerly Film Center), co-opt the direction and sustenance of the institution. 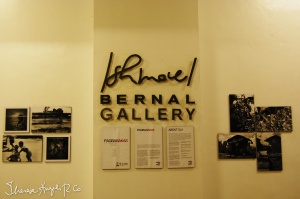 The Institute is committed to nurturing aspiring film practitioners by providing a well-rounded academic and practical training within the context of a culturally diverse and socially responsive education that the University provides.

Aside from the traditional classroom learning that is still utilized, the Institute also takes advantage of alternative methods and non-traditional learning opportunities as supported by its theater facility and extension projects. To primarily extend a form of expanded service, the Institute operates its own theater of cinematic arts. Housed in Cine Adarna, UPFI’s theater serves as a venue to screen films free from censorship. Cine Adarna’s screenings are programmed thematically for purposes of presenting a variety of studies and encouraging broadened appreciation of cinematic arts. Cine Adarna also provides a venue to showcase the significant works of notable and celebrated artists.

To this day, UPFI remains the country’s first and only internationally acclaimed institution to offer a four-year academic degree in film, being the sole full institutional member of CILECT: International Association of Film and Television Schools since 1984.

This page has been accessed 7,644 times.