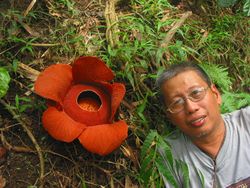 Leonardo L. Co is a prominent Filipino plant taxonomist and ethnobiologist. Born on December 29, 1953, Co served as a museum researcher at the University of the Philippines Institute of Biology (IB) and as senior botanist of Conservation International-Philippines.

Together with co-workers Sofronio G. Cortez and Julio 'Julius' Borromeo, Co died on November 15, 2010 after being caught in an alleged crossfire between the Philippine Army and an armed group in Kananga, Leyte. Doubts, however, are cast on whether there was really a crossfire as claimed by Lt. Col. Federico Tutaan of the 19th infantry Battalion. Later fact-finding mission found no evidence of such crossfire.[1] Co's death was "equated to the loss of a national treasure."[2]

Co was President of the Philippine Native Plants Conservation Society. His book, “Common Medicinal Plants in the Cordillera Region: A Trainor’s Manual for Community-Based Health Programs,” was published in 1989. New plant species like the 'meat' flower Rafflesia leonardi (named after him) were discovered by Co. An exceptionally rare species from Nueva Ecija and known from only one specimen, Mycaranthes leonardoi is an orchid also named after Co.[3]


According to his colleague, Dr Julie Barcelona, Co "spent most of his botanical career studying the forests of Luzon’s Sierra Madre. Leonard’s enthusiasm has motivated many students in the Philippines to pursue a career in Botany. His attitude towards the sincere pursuit and sharing of his knowledge in Plant Taxonomy has put real meaning to the words biodiversity conservation, scientist, endemic, endangered, capacity-building, participatory, community." [4] 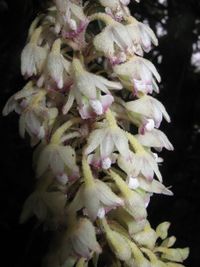 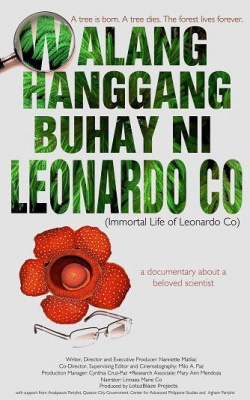 a documentary about Leonardo Co

Co is survived by his wife Glenda and daughter Linnea Marie. His parents are Co Lian Seng and Emelina Legaspi Co. At 22, his father migrated to the Philippines, married his Ilocana mother and had six children. Leonardo Co was their eldest and only son.[9] 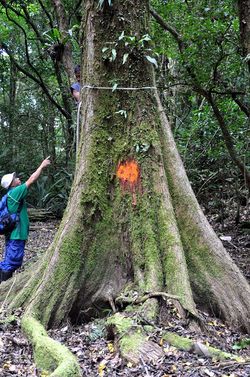 Recovered from the memory card of his camera with the date stamp "11/09/2010," this could be the last photo of Co in Leyte before the "encounter"[10]

This document can be directly modified using a UP Webmail / CRS account. Other contributions may be coursed through psy@up.edu.ph