Geographic Society of the University of the Philippines: Difference between revisions

The Geographic Society of the University of the Philippines (UP GeogSoc) is an academic, college based organization from the College of Social Sciences and Philosophy (CSSP), composed of individuals that are driven together with a common goal and passion of making Geography better known. The Society aims to unite the members through its principles and objectives: to promote the science of Geography and the practice of geographic inquiry in the Filipino context, and to develop camaraderie and enhance scholastic excellence among Geography majors and students from other disciplines.

The Geographic Society of the University of the Philippines, also known as UP GeogSoc (formerly abbreviated as GSUP), was founded on 02 February 1963 as The Geographic Society University of the Philippines by Ricardo S. Domingo, Jr. at the UP Diliman College of Arts and Sciences under the Department of Geology and Geography. Ricardo S. Domingo, Jr. also served as the organization’s first president. For a time, during the 1990s, the organization was also once known as The Geographical Society of U.P.

UP GeogSoc’s first faculty adviser was Dr. Domingo C. Salita, who was also the first professor of Geography to serve as the chairperson of the UP Department of Geology and Geography, and one of the pioneers of the discipline of Geography in the country. UP GeogSoc was initially a social club for Geography majors during its early years but has since evolved to become an academic organization composed of individuals who are driven together by the passion of making Geography a better-known discipline in the country and developing the practice of geographic inquiry, particularly in the Philippine context. It is guided by four main principles: academic excellence, camaraderie, service, and advocacy.

In 1972, after only 9 years of existence, UP GeogSoc, along with the other student organizations in UP during that time, was forced to suspend its activities due to the declaration of Martial Law and the ban on student organizations. UP GeogSoc was revived and its activities resumed in 1980 under the leadership of Darlene Occeña-Gutierrez after almost 8 years of inactivity. On 26 October 1983, when the College of Arts and Sciences was split into three separate colleges (College of Arts and Letters (CAL), College of Social Sciences and Philosophy (CSSP), and College of Science (CS)) by virtue of Administrative Order No. 170 by the UP Board of Regents, Geography became a separate Department under CSSP. UP GeogSoc continued its programs and expanded its membership under the newly created Department of Geography, and has been based in CSSP since then.

UP GeogSoc experienced a brief hiatus in the mid-1990s following the graduation of the members of its Executive Committee in 1996. During Jonas Gaffud’s presidency in 1997, activities and recruitment of new members for the organization resumed and intensified.

In 2010, under Hanie Sanchez’s presidency, the two flagship events of UP GeogSoc--namely Geog Ride and the Philippine Geography Olympiad--were established and held for the first time.

In February 2012, the Alumni Association of the Geographic Society of the University of the Philippines Inc. (GSUP Alumni Inc.) was formally registered in the Securities and Exchange Commission to establish an association that would maintain connections among the UP GeogSoc Alumni Members. The following December, GSUP Alumni Inc. was recognized as an Organization-Based Chapter of the University of the Philippines Alumni Association (UPAA).

In May 2020, UP GeogSoc’s constitution was amended under the presidency and leadership of Jacob Jacela to update the organizational structure, internal processes, and membership rules of the organization. It was also done to make room for innovations within the organization. The constitutional amendment has also codified “UP GeogSoc” as the official abbreviation of the organization, replacing the abbreviation “GSUP” while still recognizing its historic and sentimental value. In October 2020, upon the formation of a new executive committee, UP GeogSoc made headlines, gained national prominence, and was featured in several news media outlets when its open letter to DENR undersecretary Benny Antiporda regarding his comments made against the UP Marine Science Institute went viral on social media.

The organization's official tambayan or headquarters is located at the 1st floor of the Pavilion 2 Hallway right beside the CSSP Faculty Lounge.

The Geog Ride is a semestral event spearheaded by the Geographic Society of the University of the Philippines (UP GeogSoc). During the past years, UP GeogSoc has taken students to different places such as Pangasinan, Bataan, Zambales, and Batangas to provide experiences outside the classroom. The Geog Ride has been providing students an opportunity to gauge their understanding of the lessons, test the skills they have learned during class discussions, and apply them in real world scenarios. It also aims to make them perceptive specifically on the need for proper resource management and the advantages of a sustainable tourism. 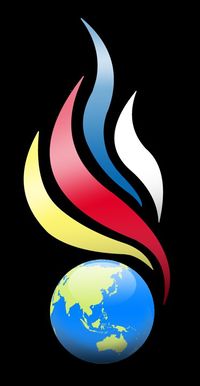 GeogSoc Week is a week-long celebration which showcases several events organized by the organization. These events are open to everyone, especially UP students, in order to reach the largest number of people possible.

Throughout the duration of the whole event, an exhibit will be displayed in Palma Hall, one of the University's busiest lobbies where students from every college converge.

A newly-launched forum tackling various issues in a geographic point of view.

The ultimate mind and body challenge, a quiz show that will showcase geography in a fresh and exciting format. The event is participated by students from different colleges of the University and by our partner organizations.

As a way of saying thanks, the organization will give free ikot jeepney rides to everyone on the last day of GeogSoc Week.

The IAYG is a global nonprofit organisation taking a lead in advancing geography and geology, and access to education in these subjects. Serving students and the stakeholders that support them in geography (educators, parents, field experts, institutions, and anyone who believes in a more informed, connected future), the IAYG is empowering children and educators on five continents through free, game-changing programmes. With a global mindset, the IAYG works to open unprecedented access to education and advance this critical field for tens of thousands of students and educators. Their work is made possible by the incredible efforts of volunteers and volunteer employees worldwide – involved educators, distinguished field experts, institutions, and community stakeholders making a difference.

The Geographic Society of the University of the Philippines is also one of the founding member organizations of the Ugnayang Tanggol KAPP or UTAK.

Ugnayang Tanggol KAPP is a community of students, organizations, faculty, staff, alumni, and members of the UP College of Social Sciences and Philosophy committed to defending academic freedom in the college.